I watch a lot of movies. I write about what I watch.

Keep the Lights On

Buy me a coffee 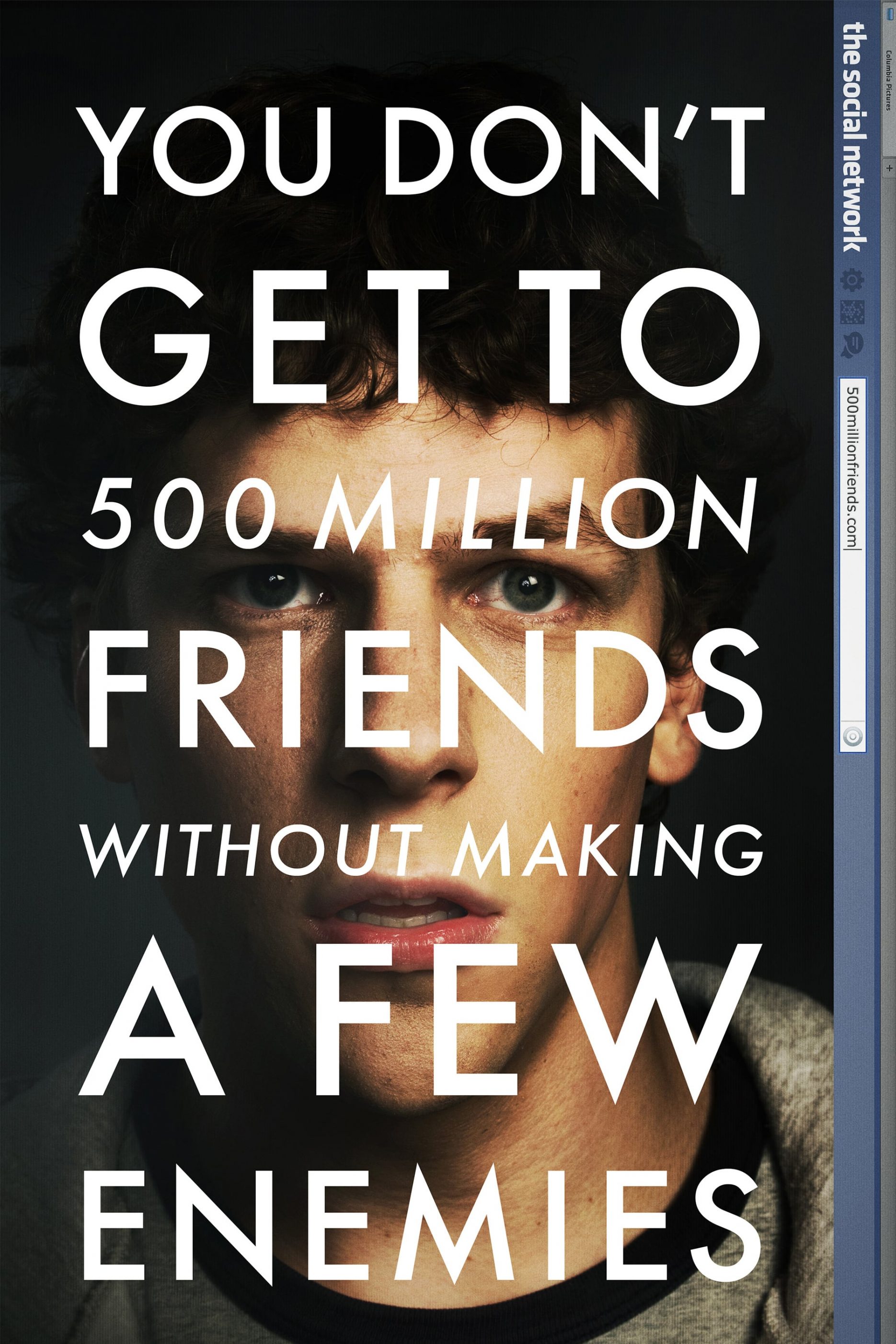 Labeled “the movie that defines a generation” just days after its release, The Social Network may be the most evergreen film I’ve seen. Not just the kind that doesn’t spoil, but the kind that, like fine whiskey, gets better with age. On the one hand, as a huge Sorkin fan, I wish I’d seen this film years ago. On the other, watching it for the first time now, in 2020, seems in some ways providential.

The Social Network is the story of Mark Zuckerberg’s Harvard days and the birth of Facebook—or rather, The Facebook, as he’s quick to correct anyone who drops the definite article. The film opens with Zuckerberg (Jesse Eisenberg) getting dumped by his girlfriend, Erica Albright (Rooney Mara).

“Sometimes you say two things at once and I’m not sure which one I’m supposed to be aiming at,” Erica tells Mark in what is perhaps the most tongue-in-cheek line of dialogue Aaron Sorkin has ever written. It’s true in the moment, but it also foreshadows the structure of the rest of the film, as the timeline weaves between Harvard, Palo Alto, and a deposition hearing.

Back in his dorm room, the newly-single Zuckerberg starts posting drunken tirades against Albright. Somewhere along the way he gets the idea for what he calls FaceMash, a website comparing the faces of any two girls on campus. By dawn, he’s built the site and crashed school servers. This achievement brings him to the attention of Cameron and Tyler Winklevoss (identical twins played by Armie Hammer), who approach him about working on a dating site they call Harvard Connections. Zuckerberg agrees, but hatches what he believes is a superior idea of his own—a social network connecting all Ivy League schools. By the end of the summer, Zuckerberg has moved to Palo Alto to focus on thefacebook and finds himself being sued by the Winklevoss twins over the intellectual property.

In the early aughts, when Zuckerberg and Co. were coming of age behind computer screens, the internet seemed to be an endless frontier of opportunity, where possibilities were limitless and consequences distant or entirely non-existent. Because, unlike an apple, or a bird, or even a computer, the internet wasn’t real.

Which makes the historical inaccuracies of The Social Network irrelevant—and dare I say, appropriate? For here, Sorkin has given us not what really happened but what might as well have happened. On the internet, facts are far less important than what can be presented as fact.

Which brings us to 2020. Even as we decry the perpetuation of fake news by sites like Facebook, social media usage is at an all-time high—and continues to grow. The amount of time we spend online continues to rise as well, as we carefully craft the personas we share with the rest of the connected world.

In a sense, with each Facebook post, Instagram story, and Snapchat filter, we’re writing our own creation myths. And as an attorney observes in the final moments of the film, “Every creation myth needs a devil.”

So, while Mark Zuckerberg is hardly the hero of The Social Network, despite all his flaws, he may not be the villain, either.

Which, if I had to hazard a guess, Sorkin knew all along.

He was just ten years ahead of his time.